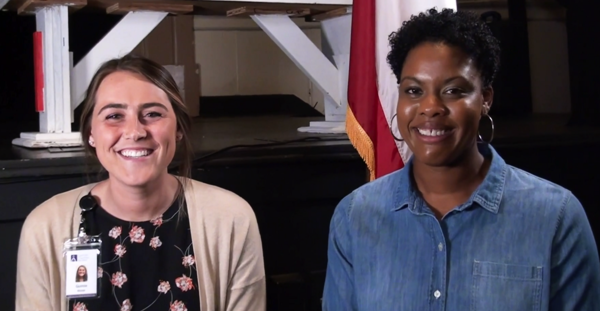 By DJ DiDonna, LEO Board Member

In 1978, a film about an edgy approach to prison reform took America by storm. Scared Straight! featured a group of juvenile delinquents subjected to spending several intimidating hours with inmates sentenced to life in prison. This “deterrence” approach to fighting crime became prevalent in the 1970s, supported by the logic that if kids knew the realities of being behind bars, they’d change their errant ways. The movie ends by interviewing the participants—all 15- to 19-year-old repeat offenders—each claiming to be convinced that a life of crime was not worth the consequences.

The only problem is, it didn’t work. And not only did it not work—if anything, the approach actually made the teens more likely to end up in prison as adults.

When you ask LEO cofounder Jim Sullivan why he and Bill Evans created Notre Dame’s poverty research lab in 2012, he’ll occasionally bring up Scared Straight as an example of anecdote winning over evidence. Unfortunately, most nonprofit leaders don’t spend their free time perusing academic journals to see what works and what doesn’t. Those on the front lines of the war on poverty are time-starved and resource-constrained. That’s why it’s as important to get research results in the rights hands as it is to conduct it in the first place.

This past year, Managing Director Heather Reynolds formed a task force to figure out the best way to contribute to the public debate on solving poverty. LEO’s research had already been recognized by then-Speaker of the House Paul Ryan, leading to the creation of a landmark bipartisan bill on using evidence to inform policy, and the task force set out to determine how LEO could replicate this experience going forward. Led by an unlikely volunteer—retired attorney and Notre Dame Inspired Leadership Initiative fellow Phil White—a group of nonprofit executives, funders, and industry leaders set out to help LEO accomplish its mission to bring evidence to organizations working to reduce poverty.

The same year Scared Straight! was released, Rutgers School of Criminal Justice professor James Finckenauer tested the Scared Straight program using a control group—a key component of the rigorous research method of randomized controlled trials—and found that program participants were more likely to commit crimes than their peers. Subsequent studies found that the program was harmful to its participants, and that each dollar spent on the program incurred costs of over $200 to the prison system.

But the cultural effect of the movie far outweighed the power of an academic study or two. Scared Straight! went on to win the Academy Award for best documentary and spawned four follow-up television series, the most recent of which (in 2015) became the highest-rated program in A&E’s history. More importantly, it informed prison reentry policy for decades. It wasn’t until a 2015 amendment to the Juvenile Justice and Delinquency Prevention Act of 1974 that deterrence tactics like those used in Scared Straight were officially banned, despite four decades of peer-reviewed evidence demonstrating the approach was counterproductive.

As lifelong academics, professors Sullivan and Evans knew that conducting rigorous research on approaches to solving poverty alone wasn’t enough. But they also weren’t sure how to call attention to the growing body of studies produced in partnership with LEO’s nonprofit partners across the country. Then in 2015, the results of their study on a small program in Fort Worth, Texas improbably caught the eye of then-Speaker of the House Paul Ryan.

The program—named Padua—was the brainchild of the leadership of Catholic Charities Fort Worth (CCFW). Tired of stopping just short of providing enough support to permanently move people out of poverty, CCFW developed a new, comprehensive case management approach for its clients. The results were impressive: program participants experienced a 25% increase in full-time employment after graduation, as well as substantial increases in earnings and self-reported health. Evidence on its success not only led to expansion of the program, it also catalyzed policy change in Texas and beyond.

To Speaker Ryan, no matter how many innovative programs like Padua were identified, without rigorous evidence they were too risky to scale nationally. In 2016, Speaker Ryan asked Jim Sullivan what would need to happen for more work like LEO’s to be done. Perhaps surprisingly, Jim didn’t request funding to expand LEO itself. Instead, he proposed changing how the government supports those fighting poverty directly—by giving greater access to administrative data for researchers and emphasizing evidence for policymakers. Later, Jim would testify before the Commission on Evidence-Based Policymaking and Speaker Ryan would create the Social Impact Partnerships to Pay for Results Act (SIPPRA) in 2018. Soon thereafter, Speaker Ryan nominated Jim to the U.S. Commission on Social Impact Partnerships, which advises the Treasury Department on a $100 million fund of pay-for-success projects aimed towards reducing poverty.

Since the creation of SIPPRA, LEO’s research faculty and affiliates have launched dozens of studies with local nonprofits and regularly publish their findings in peer-reviewed journals. But the Scared Straight problem remains: evidence alone is unfortunately not always sufficient to change minds. As is perhaps clearer now than ever before, policymakers are ultimately individuals who can be swayed by a variety of sources, preconceived beliefs, and factors unique to their constituents. To get the attention of policymakers, funders, and all of those on the front lines in the fight against poverty, LEO would have to find its voice.

Enter Phil White. Phil is a measured thinker, steadfast in his beliefs, and generous with his time. He’s also one of those people with whom you can leave a two-hour conversation having only a vague idea of what they do for a living. Phil would rather talk about what he’s planning on doing next, and why.

He developed this habit over the past year at Notre Dame as a fellow at the Inspired Leadership Initiative (ILI), a one-year on-campus sabbatical of sorts for adults considering post-retirement plans. Phil initially approached LEO Managing Director Heather Reynolds as part of his research for ILI on starting an organization to tackle social injustice. In his last semester as a fellow, Phil created Imago Dei, which channels Notre Dame’s expertise in conflict resolution, peace studies, and law to prevent human trafficking. As a victim of childhood trauma and abuse himself, Phil sought to use his experience and position in life to ease the suffering of others.

As Phil discovered LEO’s evidence-based approach to solving poverty, his vision for Imago Dei came into focus. Imago Dei would bring together Notre Dame’s Catholic social mission and research toolset to offer a new lens to the fight against human trafficking. But it was his ILI advisor’s introduction to accompaniment—the practice of asking questions versus giving unsolicited advice—which led him to ask Heather how he could serve LEO.

Immediately, Heather thought of LEO’s struggles to maximize the impact of each of its research projects. There had been some home runs—CCFW’s Padua, for example—which made sense to policymakers and donors as soon as they heard about them. With Phil’s help, Heather put together a task force of leaders from diverse backgrounds, from experts in marketing and communications like 2006 Notre Dame alum Beth Giudicessi to innovative nonprofit executives like Goodwill’s mission and education initiatives VP Betsy Delgado. Together, they’re developing a strategic plan to bring more of LEO to life, by telling the stories of those most vulnerable in a way that honors both the reality and the research.

Over its eight years in existence, LEO has grown to become an influential voice in American policy towards those experiencing hardship and poverty. But more work remains to be done. While LEO’s research on refugees, homelessness, and even addiction has received national acclaim, many studies on less well-known crises such as community college completion and prisoner recidivism have yet to receive similar attention.

In a political age sorely in need of a commonly agreed-upon set of facts with which to operate, LEO seeks to provide evidence on the known solutions to problems that plague America’s most vulnerable. LEO’s commitment to evidence, not anecdote, is a playbook for poverty’s fiercest adversaries during trying times for the most vulnerable.

Originally published by Leigh Lynes at leo.nd.edu on March 26, 2021.