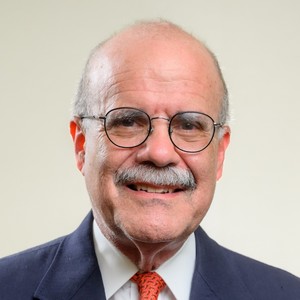 Born in Cuba and educated in the United States, Orlando Rodriguez enjoyed a 30-year career in international commercial banking that took him across Latin America. He pursued multiple businesses, lived in Panama City and Caracas, and travelled extensively, especially in Brazil. Mr. Rodriguez most recently worked in a corporate finance boutique that provides advisory services to small-to-medium businesses. For the past decade, he has participated in Kairos Prison Ministry International. In addition, he had translated and annotated his father's autobiography, written 24 short stories and a three-act play, is developing a historical fiction novel, and enjoys competitive ballroom dancing. Mr. Rodriguez earned a B.A. in economics from the University of Notre Dame and an M.A. in economics from Stanford University.