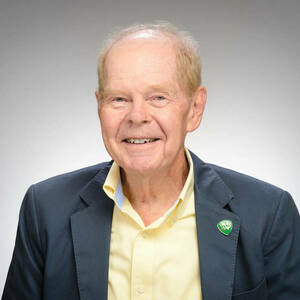 Mike Mullen was a practicing attorney for over 50 years. He began his legal career serving as a junior counsel to the Senate Committee on the Judiciary and then as the chief counsel to the Consumer Subcommittee of the Senate Committee on Commerce. After working in private practice for a Washington, D.C., firm for several years, Mr. Mullen returned to North Dakota to work on a health care reform project and then became an assistant attorney general and legal advisor to several state agencies and the state hospital. He was also an adjunct professor of health care law at the University of Mary in Bismarck, ND. Earlier, he served as an officer in the United States Marine Corps. Mr. Mullen enjoys a little skiing and a lot of tennis.