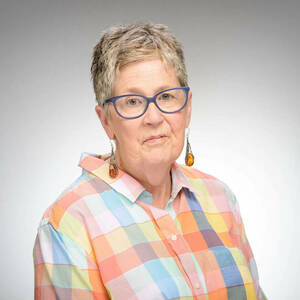 Kathy Garbarino is the oldest of seven. She entered the convent in ninth grade, going home for a time to help with family needs, but returning after high school. After three years, she left again to pursue social justice issues and family life. Ms Garbarino has a bachelor’s in social work and a master’s in theology. She initially served as a childcare worker in a group home for young boys. Later, she worked with the Team for Justice at Wayne County Youth Home, and then for the American Civil Liberties Union of Michigan. She was recruited by Planned Parenthood, where she served as the associate director. Then she moved to Catholic Healthcare, where she held several positions—first at an inner city hospital as the marketing director, then in the long term care division as the vice president of mission. Ms. Garbarino lived in Detroit for over 40 years before retiring to St Joseph, MI.