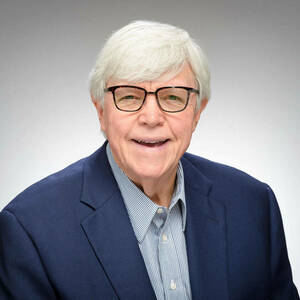 Rick Dunn has lived his entire life in Florida—outside of his four years in college—and fittingly, was born in Coral Gables during a hurricane. His parents emphasized leadership and, as the oldest of six children, Mr. Dunn learned early on the importance of leadership and he has continued to exhibit leadership throughout his life, both in career and family. After earning a business marketing degree and completing the ROTC program, Mr. Dunn entered Law School. Following active duty, he became a federal public defender, worked in the Florida Legislature, and then became a civil trial lawyer. He worked in several firms and ultimately established his own firm that specialized in business litigation (defending corporations from lawsuits). He personally tried over 40 cases to verdict—most notably the largest aviation case in the U.S—before retiring in 2018. Mr Dunn is a Fellow in the American College of Trial Lawyers.