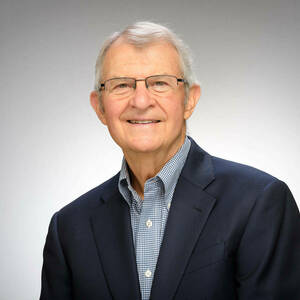 Tom Bard's degree in electrical engineering provided entry to the Navy Nuclear Submarine program, then to business school and ultimately, he enjoyed a 43-year career in real estate investment, development, and management. Mr. Bard was actively involved in a variety of geographical markets and all types of commercial properties: office, industrial, retail, apartments, and condominiums. He was a partner in three different businesses—the last of which was ScanlanKemperBard Companies—before retiring in 2014 in Portland, OR. Although Mr. Bard acknowledges real estate is generally thought to be dealing in hard assets, a rewarding, challenging and enjoyable aspect of the business for him was the fascinating diversity of people he encountered. He says he never thought that he had a job. After retirement, he has contributed to the development and ongoing management of PDX Commons, the senior cohousing project where he lives.