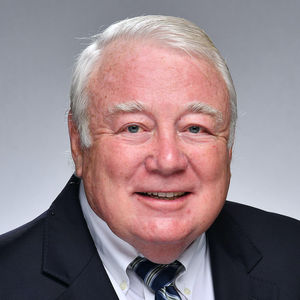 John Gallagher, an international finance executive, has lived and worked on three continents, Asia, Europe, and North America, where he has helped to build or maintain brokerage businesses for such firms as Morgan Stanley, Kidder Peabody, and Shearson Lehman. For the last dozen years, he has run an independent third-party fund distribution business largely out of Geneva, Switzerland. Mr. Gallagher has deep expertise in building successful securities businesses, and for more than 15 years has maintained a particular focus on alternative investments. The former college basketball player, who earned his B.A. in English from the University of Notre Dame, enjoyed an almost decade-long career as a player and coach for teams in France and in Switzerland, where he completed a French language program and earned an M.B.A. at Université de Lausanne before embarking on a 40-year brokerage career. At the end of his ILI year, Mr. Gallagher will proudly celebrate his 50th Class Reunion at Notre Dame.