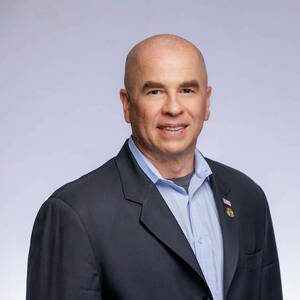 Joe Girot served in the U.S. Army as an Engineer Officer for 10 years of active duty and with the U.S. Army Reserve for a combined total of 30 years of service. He retired in 2011 with the rank of Colonel. He has served in Bagram, Afghanistan, supporting Operation Enduring Freedom and Saudi Arabia, supporting Operation Desert Shield/Storm. He also retired from the federal government in Aug 2020, after serving with numerous key federal agencies.

Joe is an active member of Living Word Pentecostal Church and serves as the Head Usher and Security Manager. In January 2016, he received the highest honor awarded by the Commonwealth of Kentucky as a “Kentucky Colonel” by Governor Matthew G. Bevin. Joe served as a member of the Henry County, Georgia, Police Department as a Reserve Police Officer for nine years and as a Reserve Deputy Sheriff with the Henry County Sheriff’s Office for one year. He is a Certified Emergency Manager (CEM) and a member of the International Association of Emergency Managers. His education credentials include a Bachelor of Science, from the University of Turabo and Associate Degree in Civil Engineering from the Technological University of Ponce, Puerto Rico.  He has an Executive Master’s degree in Business Administration from Colorado Technical University.  He is also a graduate of the U.S. Army War College, Carlisle, PA, with a Master’s degree in Strategic Studies.